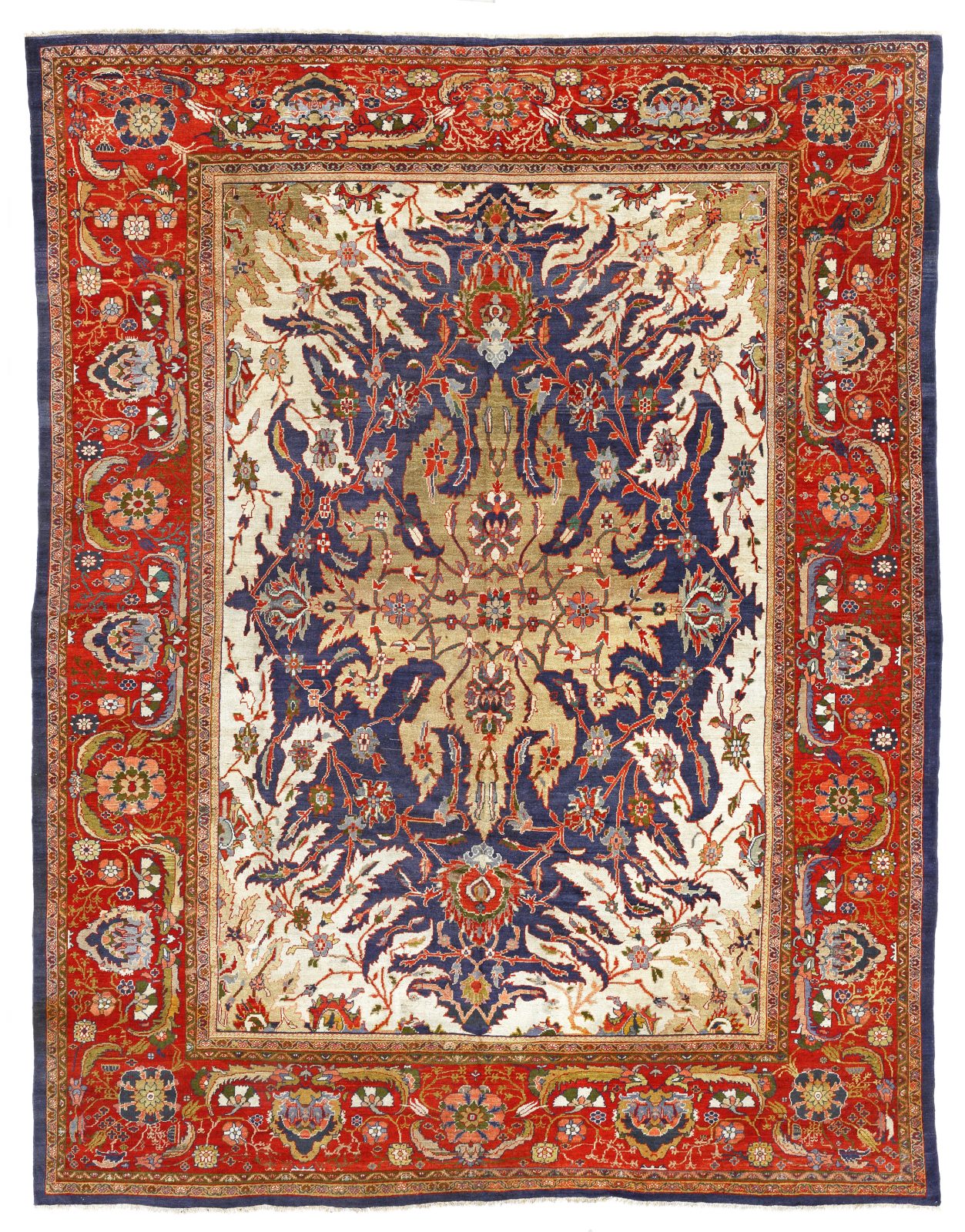 A truly remarkable early antique Ziegler carpet from the famed Ziegler & Co workshop, dating from 1883-1890.  A very fine example, the weave is tight and showcases the detailed and complex medallion design extremely well. An absolutely stunning array of natural colours, ivory wool with vibrant reds and greens, combined with a sandy gold tone.  This elaborate, almost flame like medallion design is quite breathtaking! A rare and early Ziegler design and in outstanding original condition too, one of the finest examples we have seen in over 30 years.

The fine weave on this rare antique carpet showcases the true quality that the Ziegler & Co workshop possessed.  Often they would be a looser weave and produced many all over large floral designs.  This striking carpet is in wonderful pile, cut medium high we have a nearly perfect condition example on display.  Over 130 years old and can continued to be used on the floor as a beautiful decorative carpet, just as it has for all its life.

Request a home visit to view this stunning antique Ziegler carpet in situ at a convenient time. We travel all over the UK showing carpets and rugs to interior designers, collectors and private customers.

We have found more carpets like "Antique Ziegler carpet"