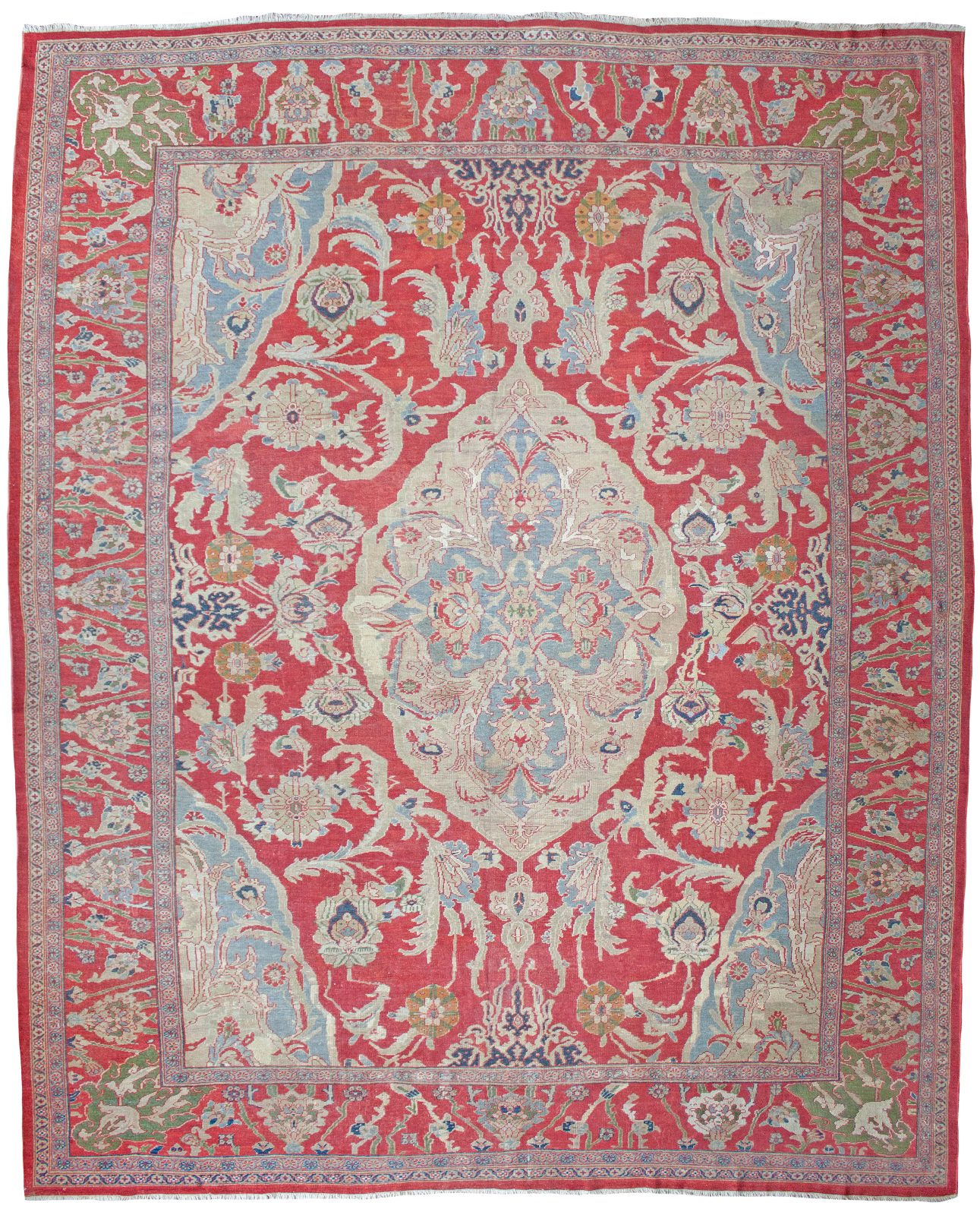 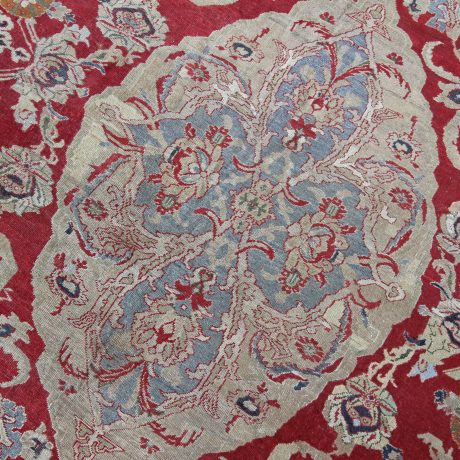 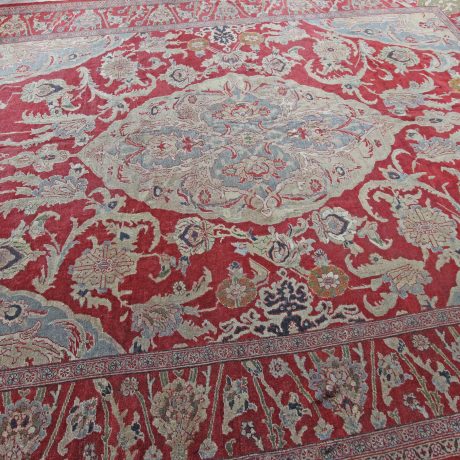 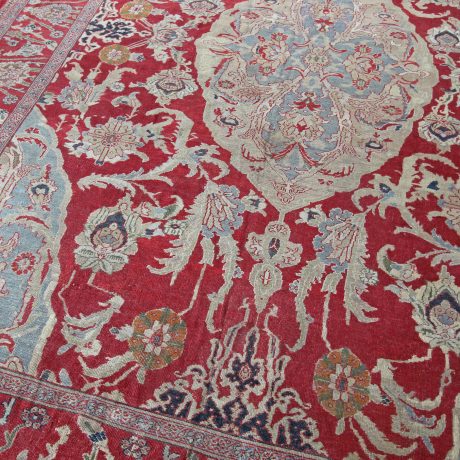 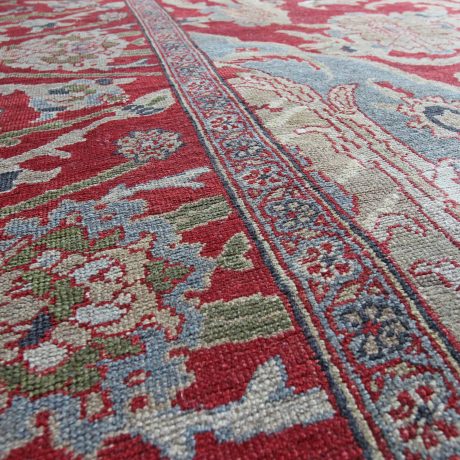 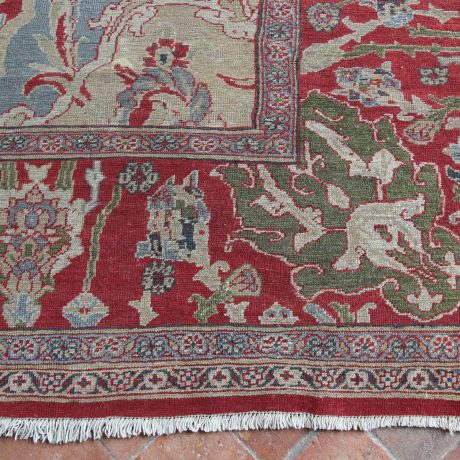 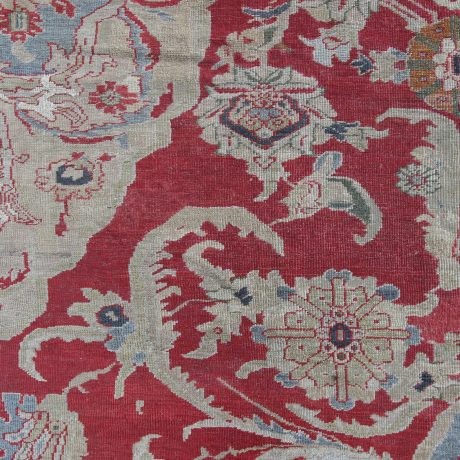 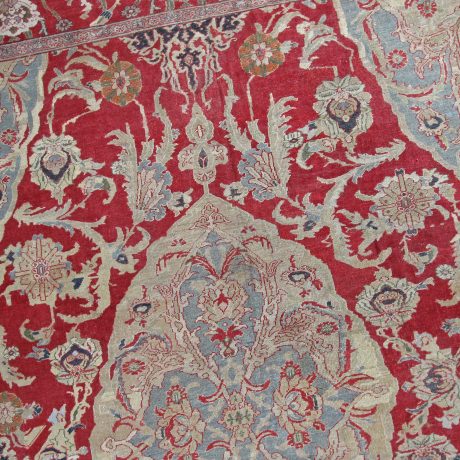 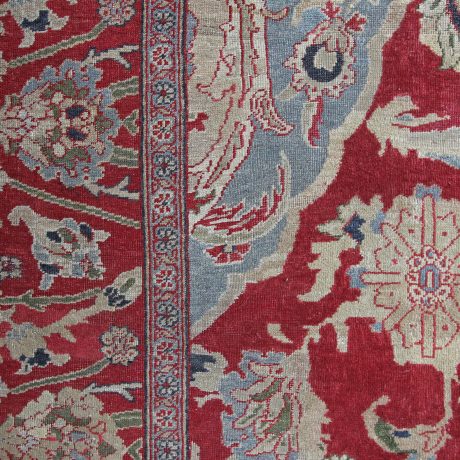 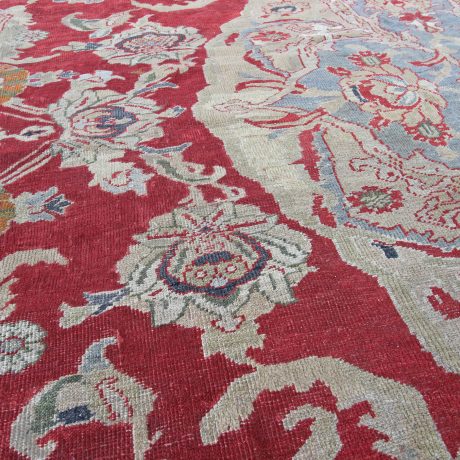 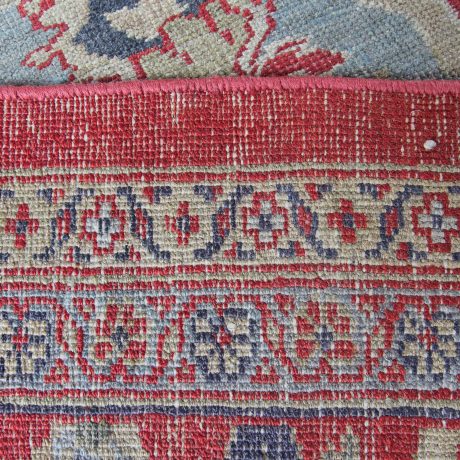 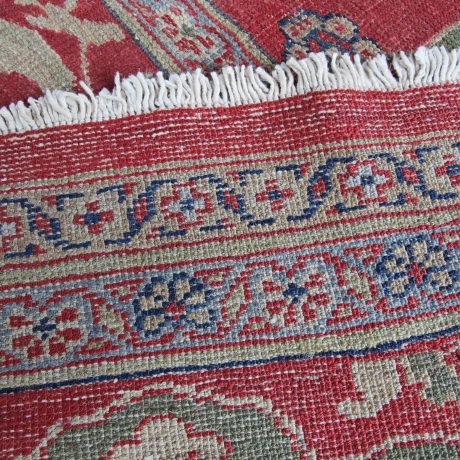 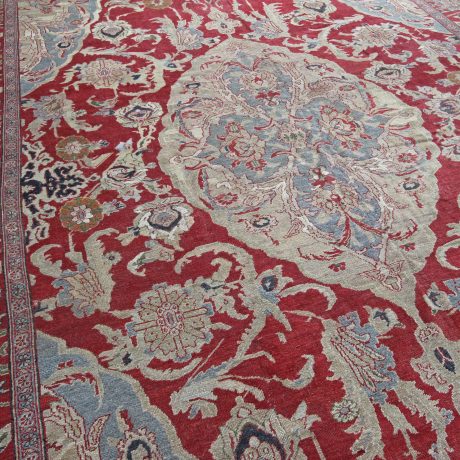 An antique Ziegler carpet with soft faded tones of pale blue grey and red, woven with an elegant central medallion and striking corner design.  It has a fine low to medium pile and minimal areas of old well preserved restoration. The pale blue/grey corner spandrel designs are especially attractive with the warm red tones.  Ideal for many rooms to enhance a space, whether sitting alone or having sofas and chairs placed on it these antique persian carpets have lots to offer.

The condition is a low to medium fine wool pile and minimal areas of old well preserved restoration on this late 19th century Ziegler. No odours or stains, professionally washed by ourselves.

Use our ‘Request Home Visit’ service to try this carpet in your home across the UK – we have shown carpets in Europe before and would be happy to do so again.

Situated in the west of Persia and to the south of Arak is the area of Mahallet within the larger province of Kurdistan. From this area come Mahal and Sultanabad Carpets famous for their floral designs and following the influence of the Ziegler Company in the late 19th century they improved the quality and designs to match the European taste of the time.

In 1883 Ziegler and Co, of Manchester, England established a Persian carpet manufacture in Sultanabad Persia, which employed designers from major western department stores such as A B. Altman & Co of New York and Liberty, to modify 16th- and 17th-century Eastern designs for the more restrained western taste. Using highly developed dying techniques, and the best artisans from the region, the Ziegler Co created rugs with bold, all-over patterns and with softer palettes than their vibrant Persian counterparts.