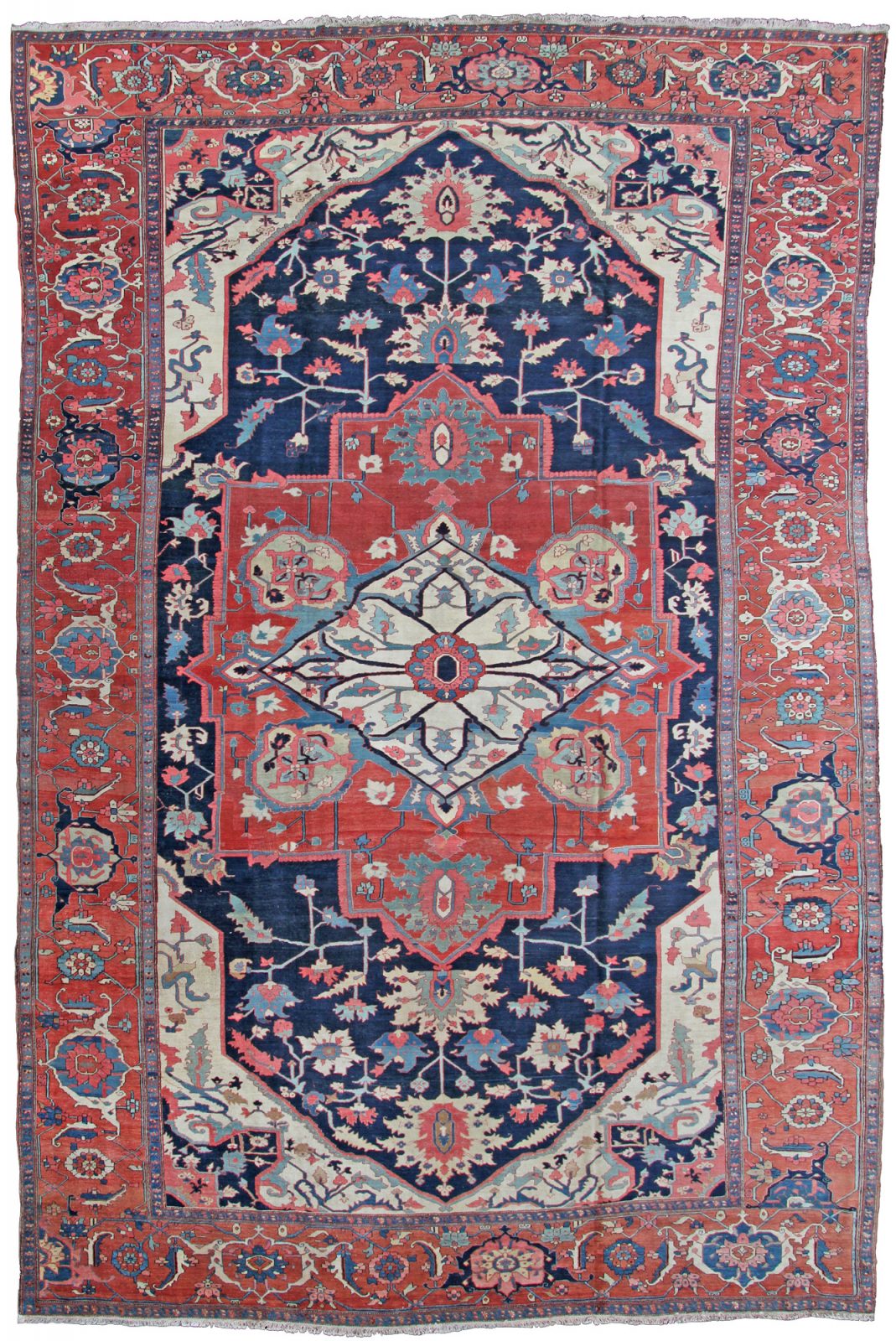 An absolutely stunning antique Serapi carpet with one of the most beautiful borders we have seen in a long time. The mellow colours are typical of the finer weavings from Serapi using fantastic green and terracotta dyes.

They are famous among collectors because of their vivid vegetable dyes or soft earth tones that are woven on a geometric pattern.

In terms of design, drawing, and coloration as well, Serapi carpets are clearly part of one and the same tradition as Heriz, despite being a distinct antique rug style, which originated as a Northwest Persian adaptation of early Sarouk Farahan medallion, but with a more geometric, abstract, village sensibility.

We offer the service of viewing any of our carpets & rugs in-situ in London, Surrey, Hampshire the UK & Europe by appointment. Please contact us using the enquire form below.