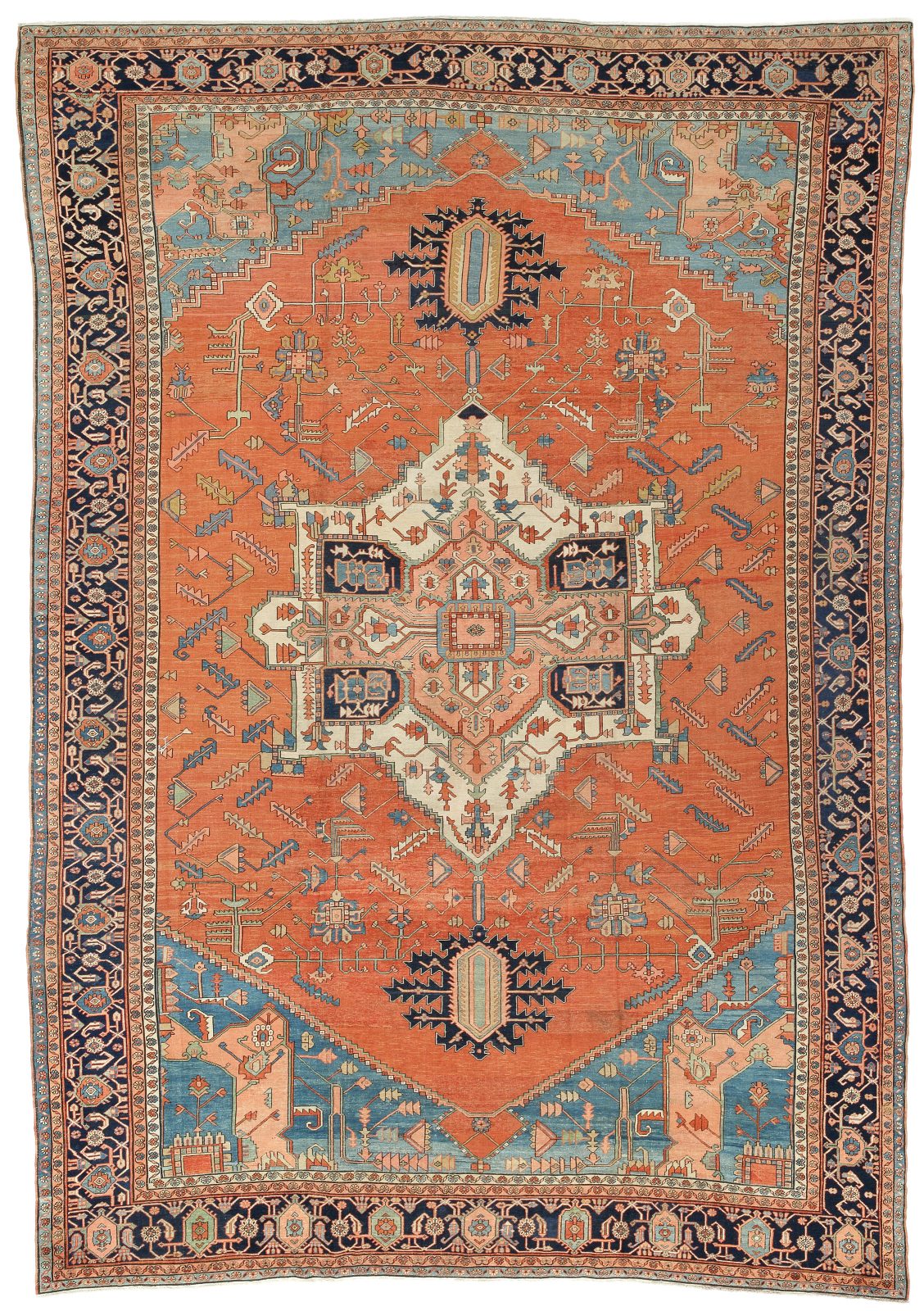 An early oversize antique Serapi carpet with a bold large geometric design, the central white medallion with the soft pinks inside and pale greens are exactly what Serapi carpets are famous for.  This early open design with pale blue corners are quite amazing along with the deep indigo blue border.  The condition is very good with a solid wool pile all over, some minimal wear in places but nothing substantial for this large remarkable antique carpet dating from 1870-1880.

A rare masterpiece of tribal weaving on a large scale from the Heriz region in the north of Persia.

Antique Serapi carpets are more intricate finer tribal weavings of the Heriz region hand-woven by Azerbaijan Turkish inhabitants close to the city of Heriz in North-West Persia. They are famous among collectors because of their vivid vegetable dyes or soft earth tones that are woven on a geometric pattern.  In terms of design, drawing, and coloration as well, Serapi carpets are clearly part of one and the same tradition as Heriz, despite being a distinct antique rug style, which originated as a Northwest Persian adaptation of early Sarouk Farahan medallion, but with a more geometric, abstract, village sensibility.

We offer the service of viewing any of our carpets & rugs in-situ in London, Surrey, Hampshire the UK & Europe by appointment. Request a home visit to see this rare antique Serapi carpet in your own home.