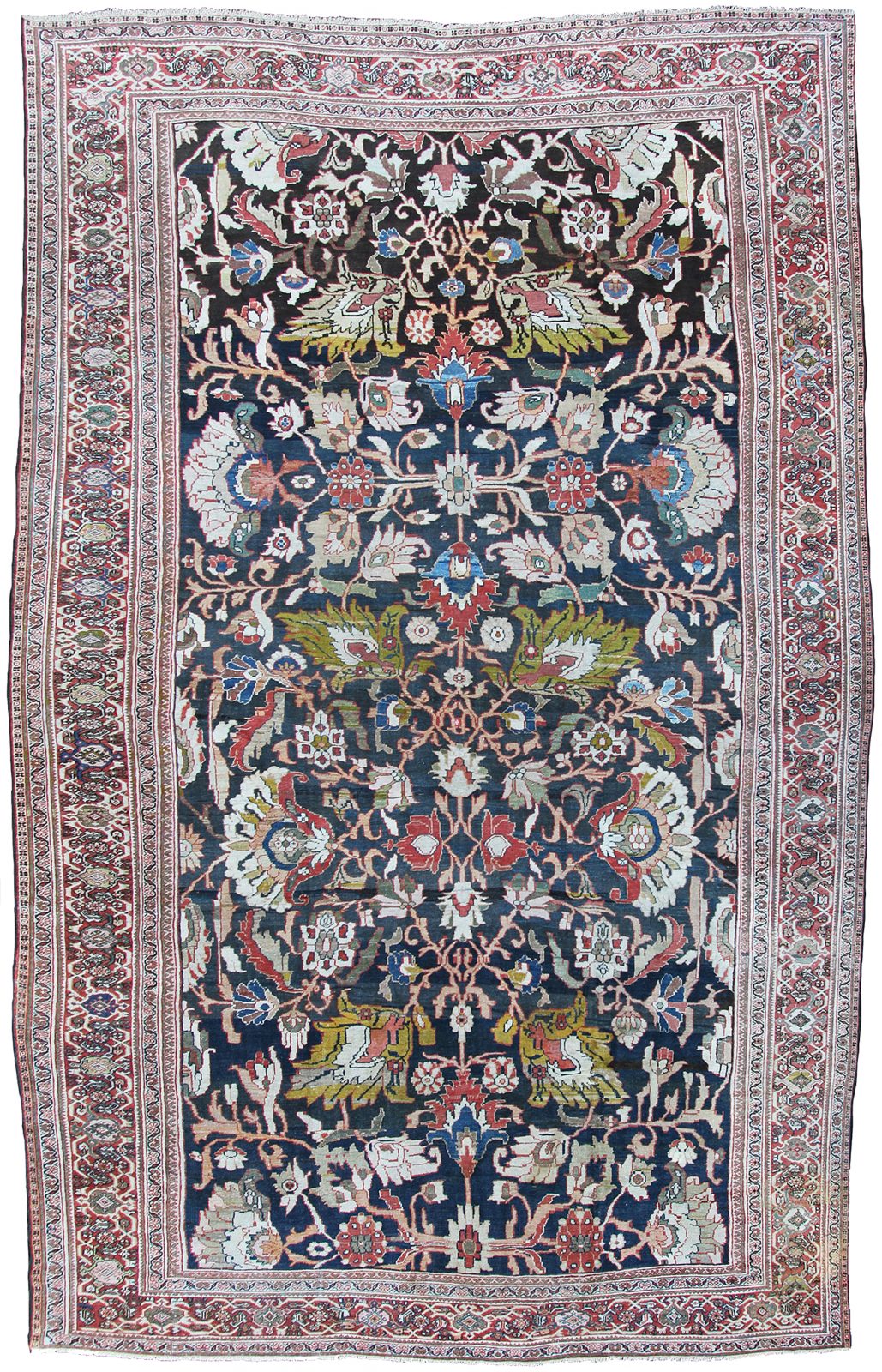 A simply stunning vibrant antique Ziegler carpet in excellent condition. The deep blue background is the perfect backdrop for the large floral motifs woven in vivid lime green with subtle reds and golds.  The border colour is a soft terracotta tone and compliments the central design and colours very well.  These large floral Ziegler carpets are extremely decorative and ideal for drawing rooms or under a dining table.  Which is why they were originally made in the late 19th Century as demand increased in the West for Persian decorative carpets that were not intricate classical designs.

In 1883, Ziegler and Co, of Manchester, England established a Persian carpet manufacture in Sultanabad Persia, which employed designers from major western department stores such as B. Altman & Co of New York and  Liberty, to modify 16th- and 17th-century Eastern designs for the more restrained western taste. Using highly developed dying techniques, and the best artisans from the region, the Ziegler Co created rugs with bold, all-over patterns  and with softer palettes than their vibrant Persian counterparts.

Ziegler rugs developed an almost immediate following, especially among early collectors included the Guinness family, who laid them in Elveden Hall, their  Suffolk estate. Ziegler carpets are one of the only types of Persian carpet which were influenced by western designs and have become one of the most sought after types of carpet. We offer the service of viewing any of our carpets & rugs in-situ in London, Surrey, Hampshire the UK & Europe by appointment. Please contact us using the enquire form below.