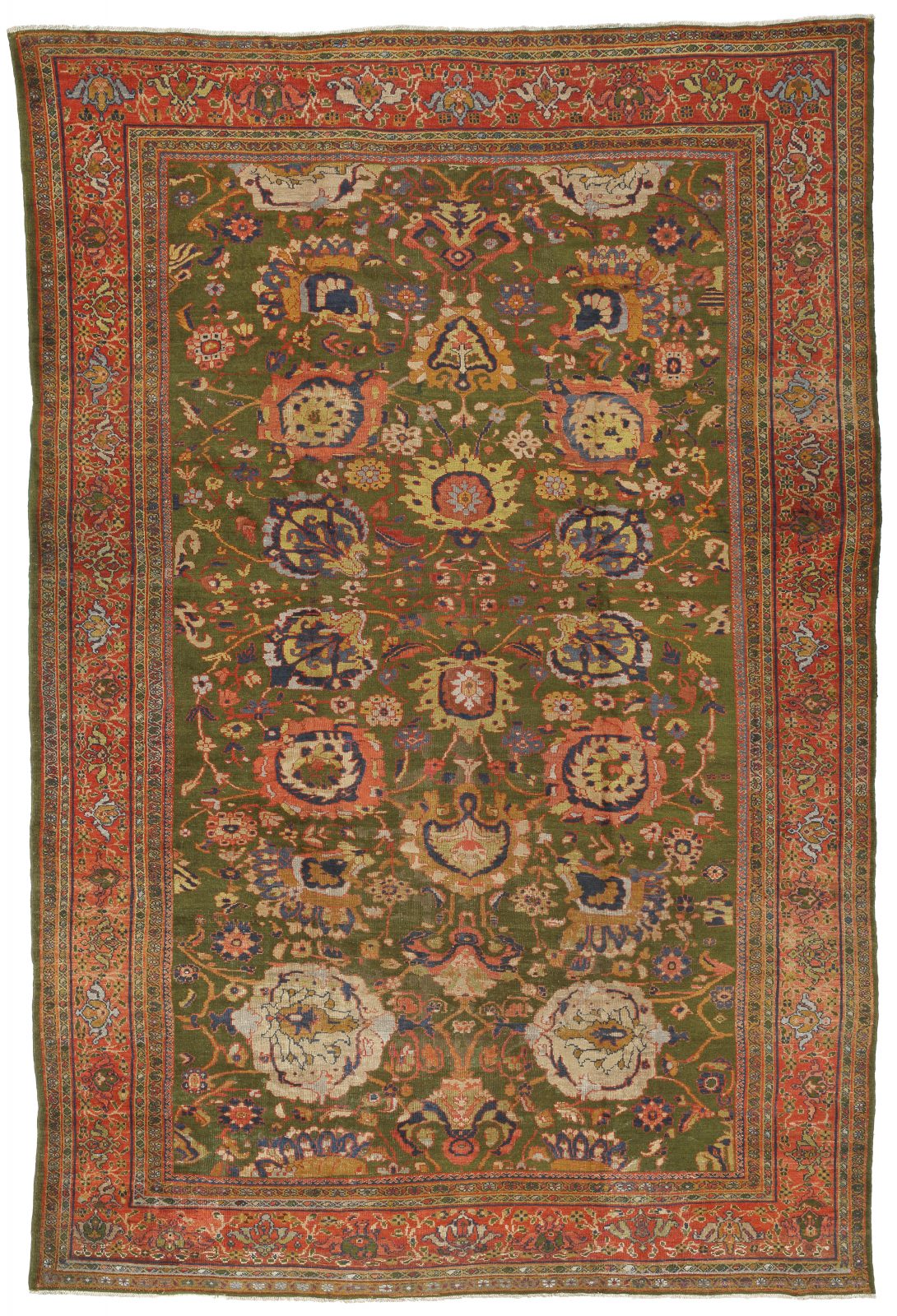 A rare green back ground antique Ziegler carpet, woven around 1880-1890, the large scale design is exquisite with amazing yellow, pale blues and pink natural dyes.  A warmer red border colour with a flowing border design is wonderful compliment to the overall look of this large carpet.

We can see some old restoration and preservation to this carpet, which is often to be expected being 130 years old.  We always supply a tough anti-slip underlay which adds body and stops the carpet from moving on any floor type.

Please request a home visit to view this stunning rare green antique Ziegler carpet in situ on a convenient day and time.  We are happy to travel to anywhere in the UK.

We have found more carpets like "Rare Antique Ziegler carpet"