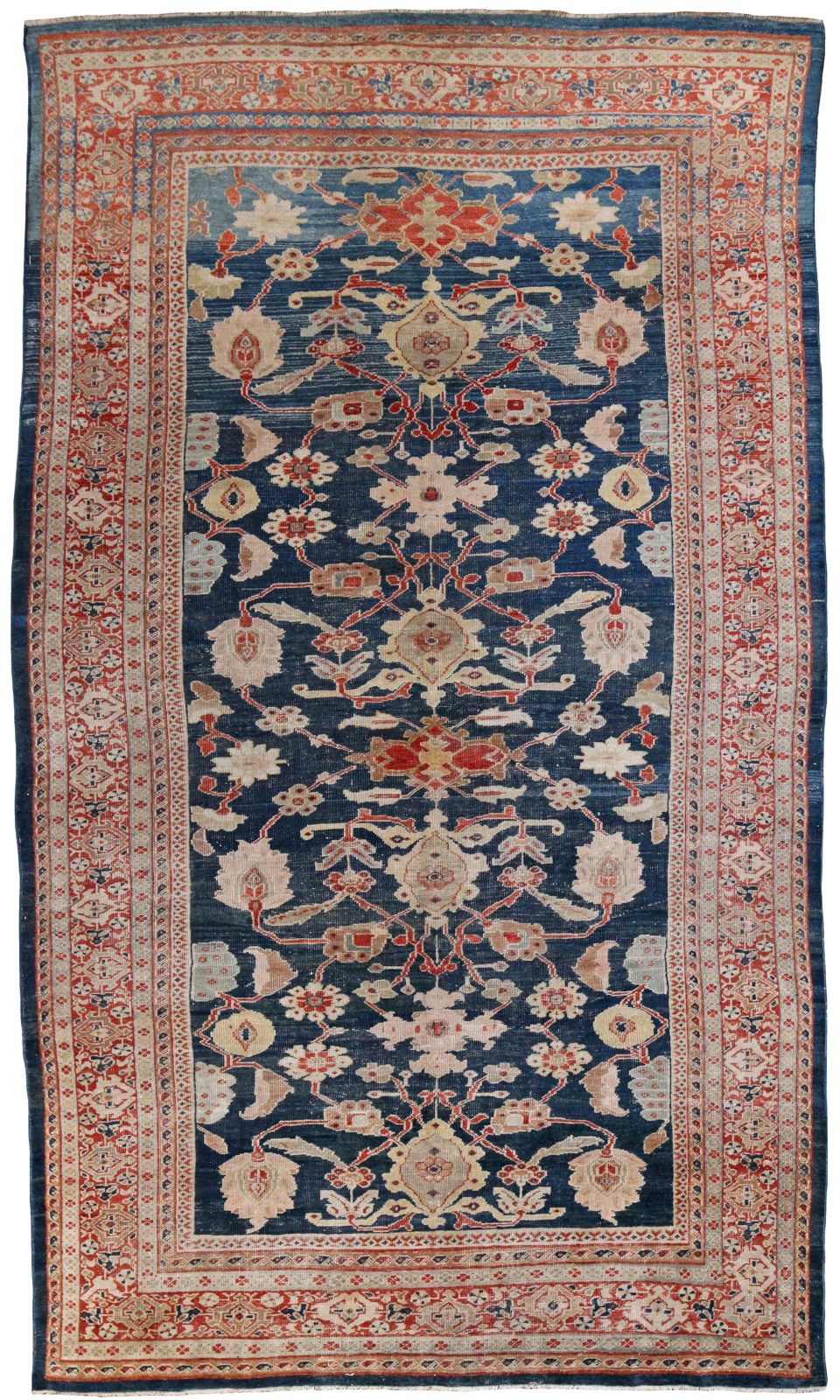 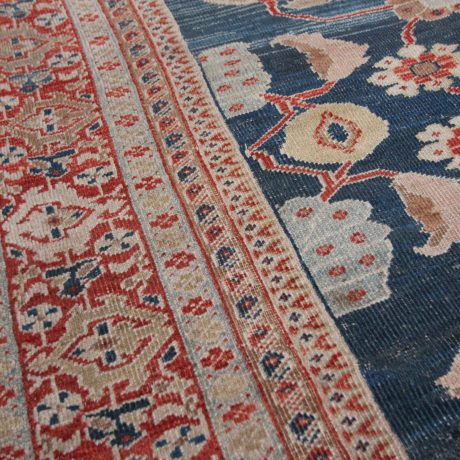 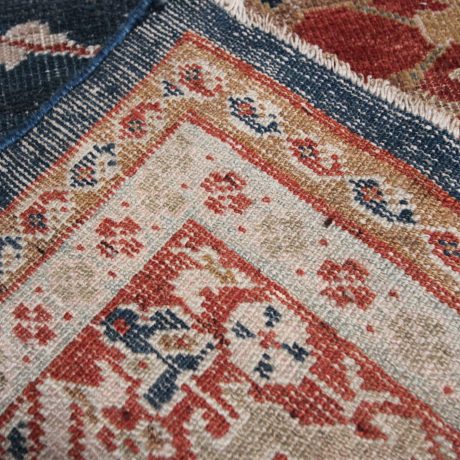 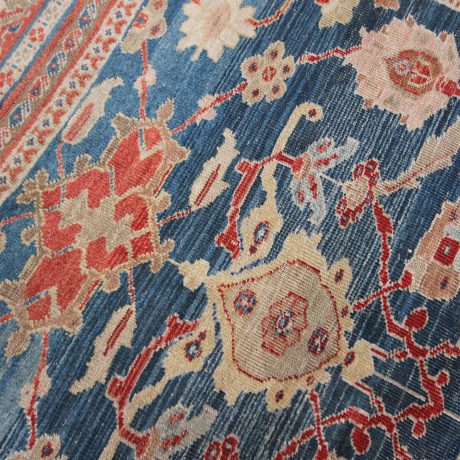 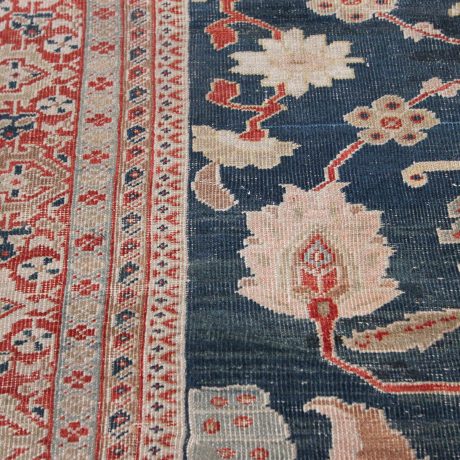 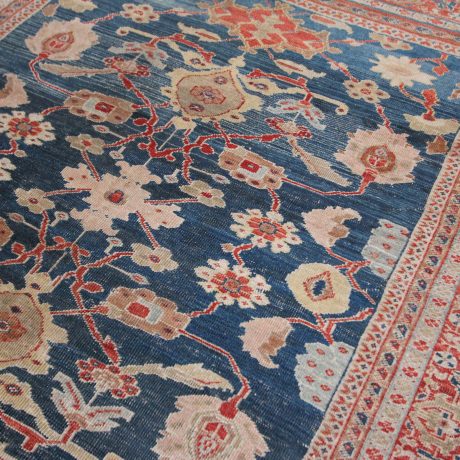 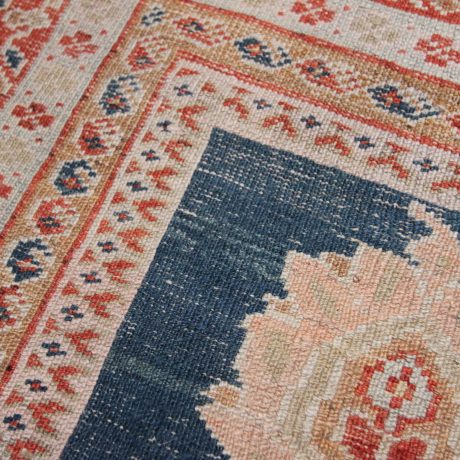 A remarkable and early production antique Ziegler carpet woven in Sultanabad, Persia – dating from 1883 to 1890 the size is unusual being 12 x 7 feet.  More often we find these highly sought after decorative Ziegler’s in standard rectangular sizes or in very large sizes. The design is breathtakingly beautiful, well proportioned for this elongated size with scrolling vines and floral motifs, the colour palette is exquisite too.  Full of amazing natural dyes which have faded over the last 120 plus years, warm reds on a deep indigo blue background, gentle pinks, pale blue/greys and muted gold tones. A stunning palette of colours to place in a drawing room, study, under a dining table or in an entrance hall.

Condition report: The carpet is in original order, we have not embarked on any restoration.  The pile height is medium throughout, with some signs of wear, scattered across the carpet.  This could be improved if deemed necessary, as we have an expert restoration team who would use antique wool to restore it sympathetically.  We however love the authenticity of this exceptional early Ziegler carpet and in no way does this scattered wear alter the strength or longevity of the carpet.  It has resided in a private home for over 50 years and has been used all its life.  Plus our sturdy underlay we supply with every carpet adds body and durability to preserve antique carpets.