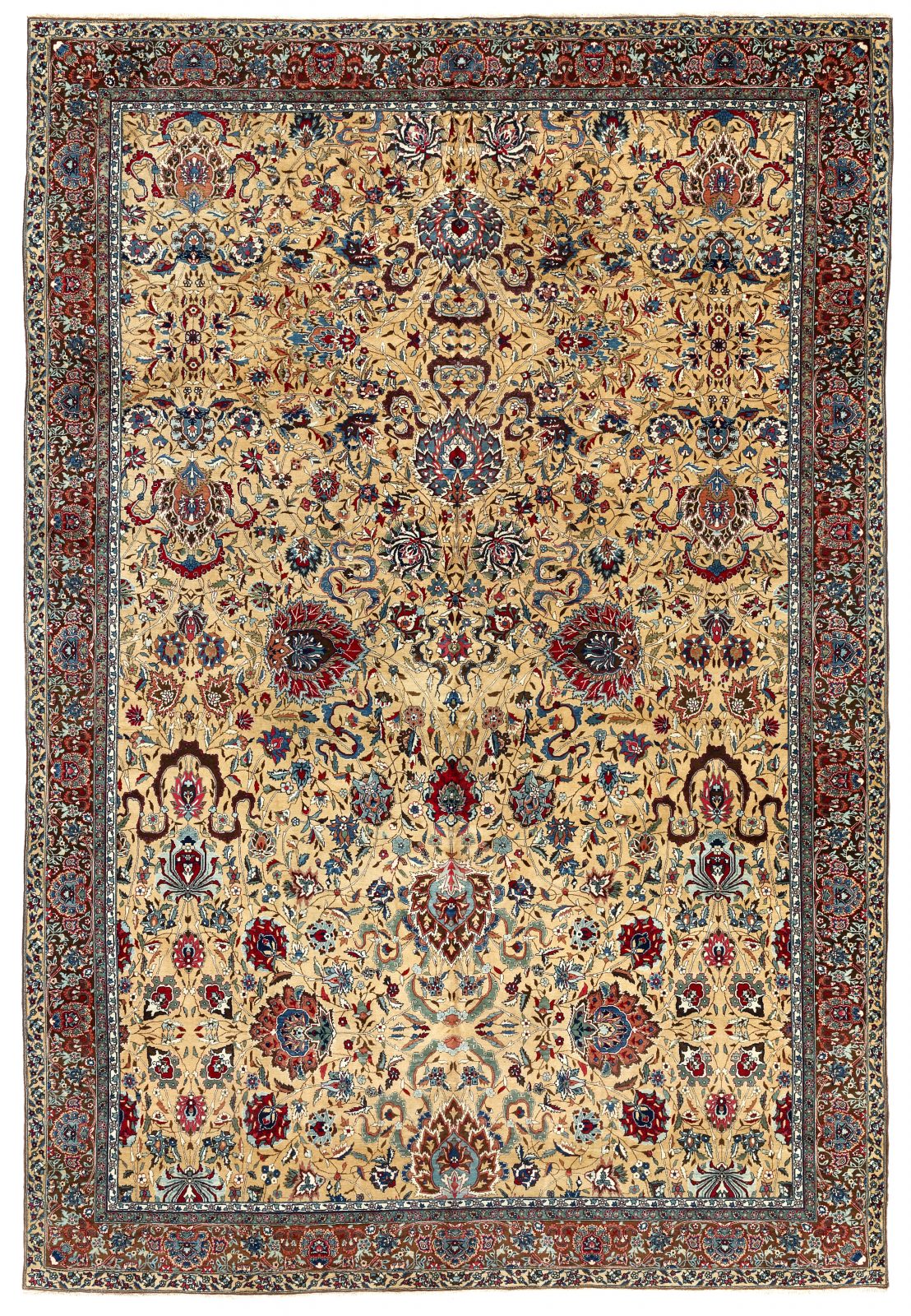 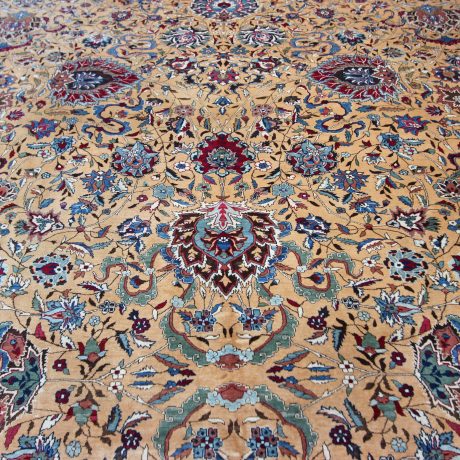 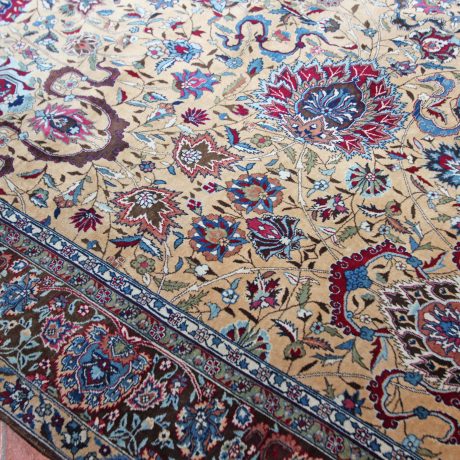 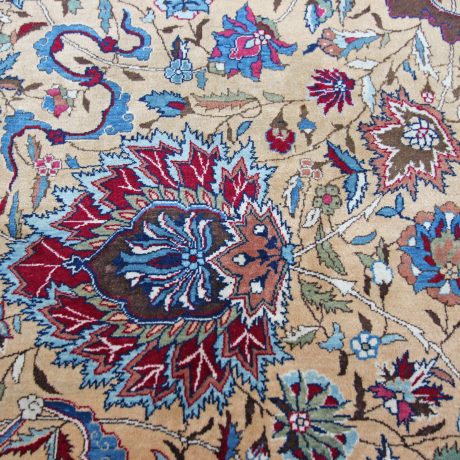 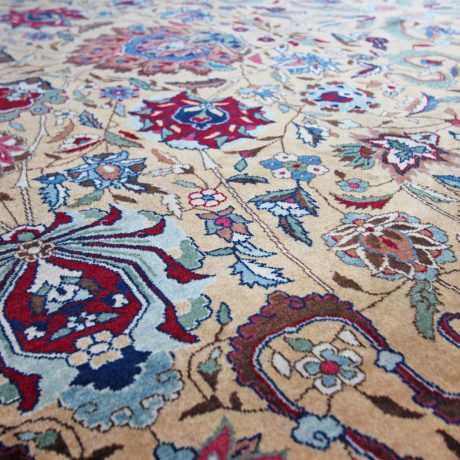 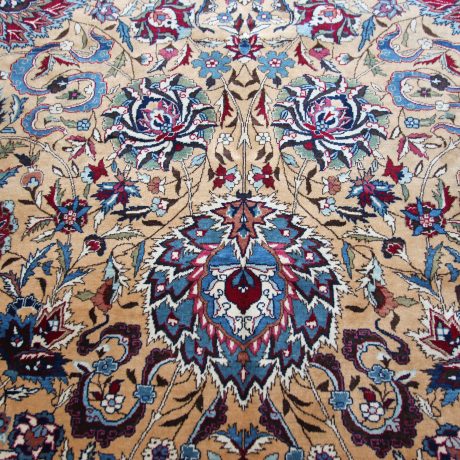 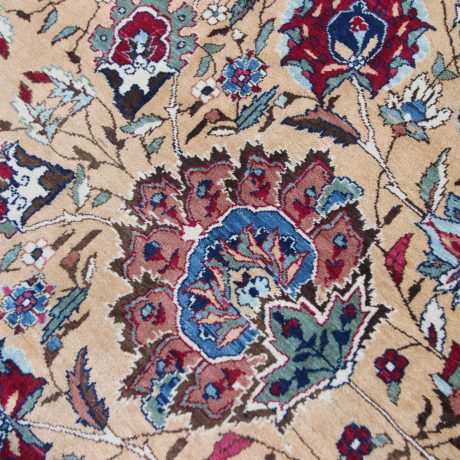 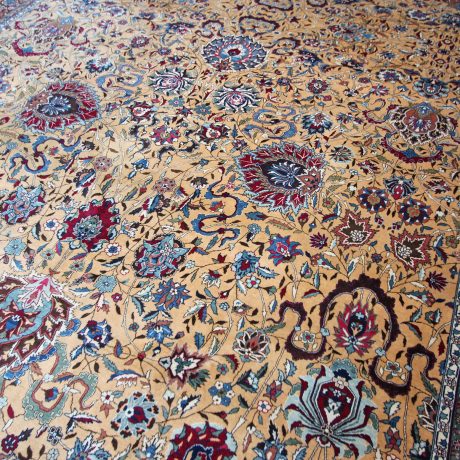 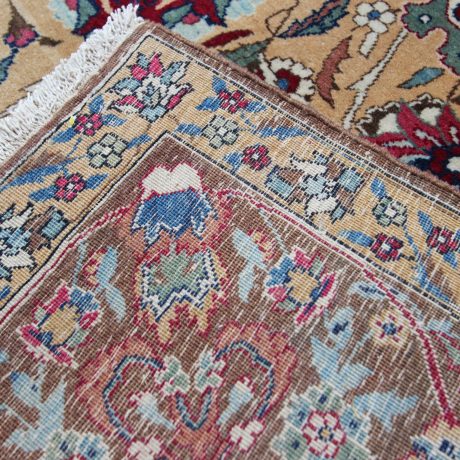 A fabulous masterpiece, this antique Amritsar carpet is in magnificent near perfect condition.  This has just arrived with us from a private collection,  and is absolutely stunning with the rare yellow main field and 17th century vase design.  Woven around 1900,  the dyes are all vegetable – the yellow being probably manufactured from Saffron.  The dyes haven’t faded,  but have mellowed fantastically,  and are now such a wonderful collection of tones.

Amritsar rugs and carpets are produced in Amritsar located in the northwest of India, near the Kashmir region. While India does in fact boast a long history of weaving fine rugs and carpets Amritsar rugs are unique in the wide gamut of traditional Indian styles. This is because the weavers of Amritsar had not developed a distinctive style of rug making until the early nineteenth century – hundreds of years after other regions of India had first developed their own weaving traditions. While regions of southern and western India began weaving Persian-influenced rugs during the reign of the Mughal Emperors, who preferred the traditional aesthetics and design elements of the Persians, the weavers of Amritsar took their direction from somewhere different: the sensibilities of the West.

Generally speaking, Amritsar rugs are based upon European influence and Western taste, a decision made by the weavers following the incredible explosion in demand for carpets in both the United States and Europe during the nineteenth century.[1] Basing design elements on Western tastes as opposed to Indian traditions, the weavers of Amritsar fashioned a style that is unique and easily distinguished from other Indian styles. Using high quality wool, Amritsar rugs are manufactured with a cotton foundation, double weft and an asymmetrical knot – all of which contribute to its luxurious feel.

We have been visiting customers all over the UK from London to Aberdeen, Ireland and Europe over the last 25 years.  If you would like us to show you this stunning Amritsar carpet and any alternatives in-situ it would be a pleasure to show it to you.  Request a home visit or contact us to arrange a day and time.

We have found more carpets like "Antique Amritsar carpet"