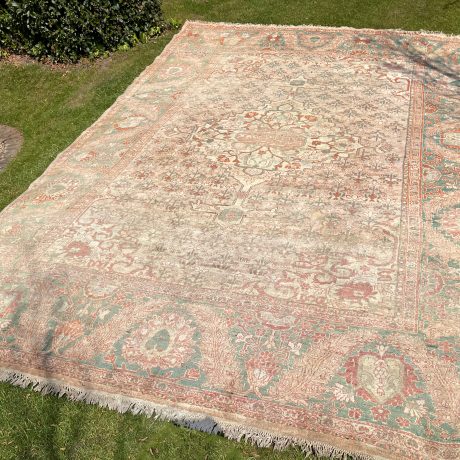 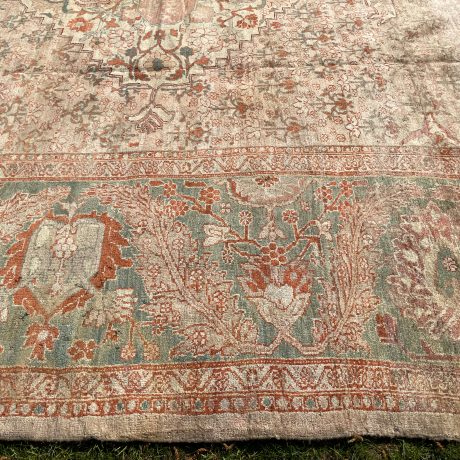 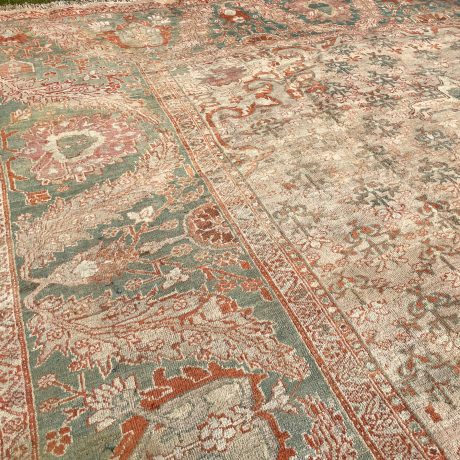 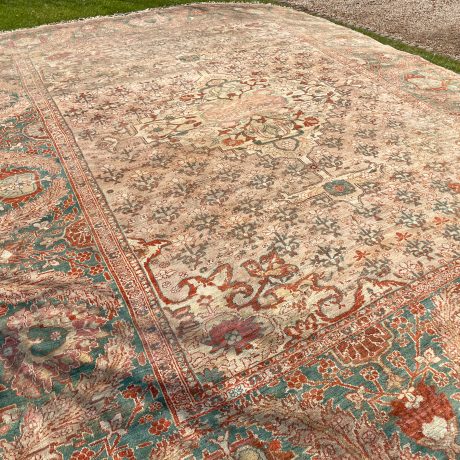 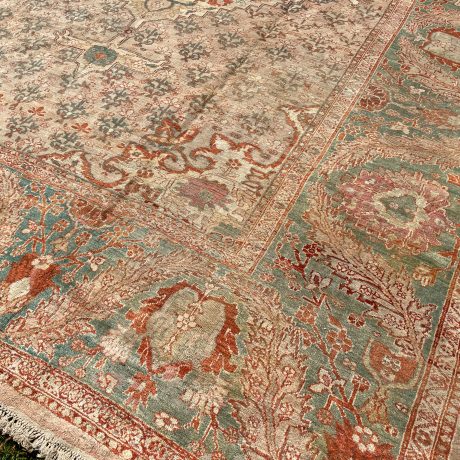 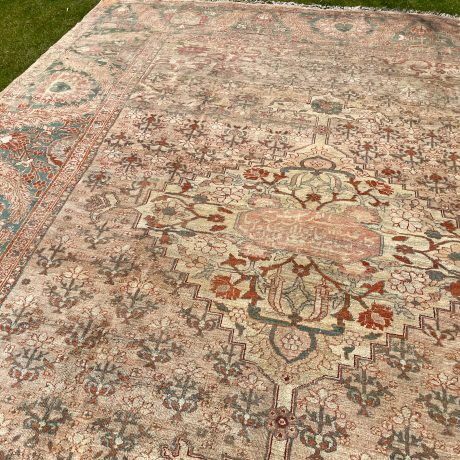 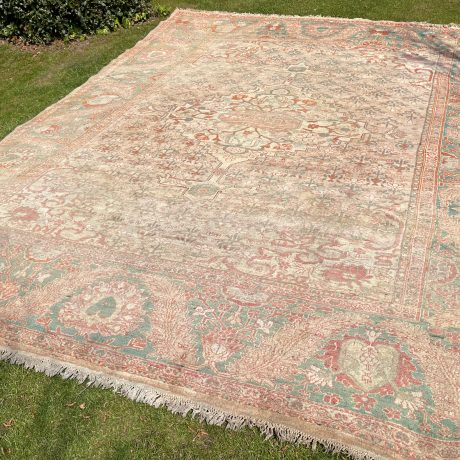 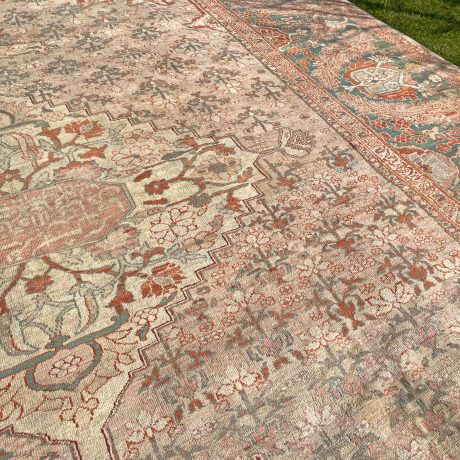 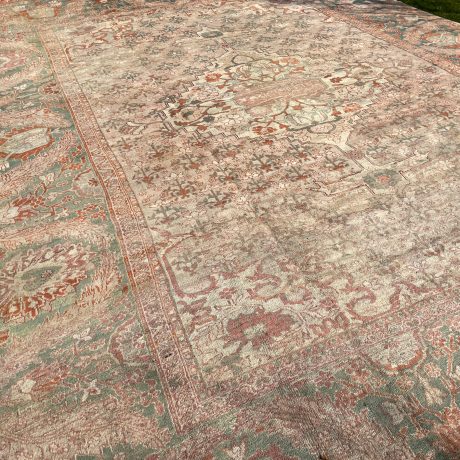 A beautiful pale antique Ziegler carpet from the famed and world renown Ziegler & Co workshop in Sultanabad, Persia dating from 1883-1890.  Woven in the late 19th century with exceptional natural dyes which have faded wonderfully over the last 100 plus years.  We can see clear changes in colour as we look down the carpet, which is called dye change known as abrash.  This is not sun fading or damage to the carpet it is rather like beautiful patina on antique furniture.  Abrash/dye change adds immense character to these large antique carpets from Sultanabad, woven with soft wool this carpet has a delicate and decorative look.  The muted green border is a rarer colour in Ziegler carpets and combined with the gentle pink, apricot tones makes this such a wonderful piece.

Condition is fairly good for a carpet of this size and age, some small areas of wear and a few areas of restoration but nothing considerable.  The gentle colours would be a delight to scheme a room around, placing this into a large drawing room would be a wonderful addition to a room.

The Ziegler & Co workshop produced some of the best dyes of the late 19th century and they have faded and oxidised over the years adding tremendous character.  I attach a link to the Metropolitan Museum which exhibits 17th Century Polonaise carpets, and you can see the design in our Ziegler carpet is the same.

Further history about Ziegler carpets: In 1883, Ziegler and Co, of Manchester, England established a Persian carpet manufacture in Sultanabad Persia, which employed designers from major western department stores such as B. Altman & Co of New York and Liberty, to modify 16th- and 17th-century Eastern designs for the more restrained western taste. Using highly developed dying techniques, and the best artisans from the region, the Ziegler Co created rugs with beautiful, all-over patterns and with softer palettes than their vibrant Persian counterparts.

If you would like to request a home visit to view this stunning rare antique Ziegler carpet in situ at a convenient time please do, we love to travel and visit customers all over the UK.  Alternatively please contact us to visit our barn showroom in Surrey to view this carpet.

We have found more carpets like "Rare Antique Ziegler carpet"