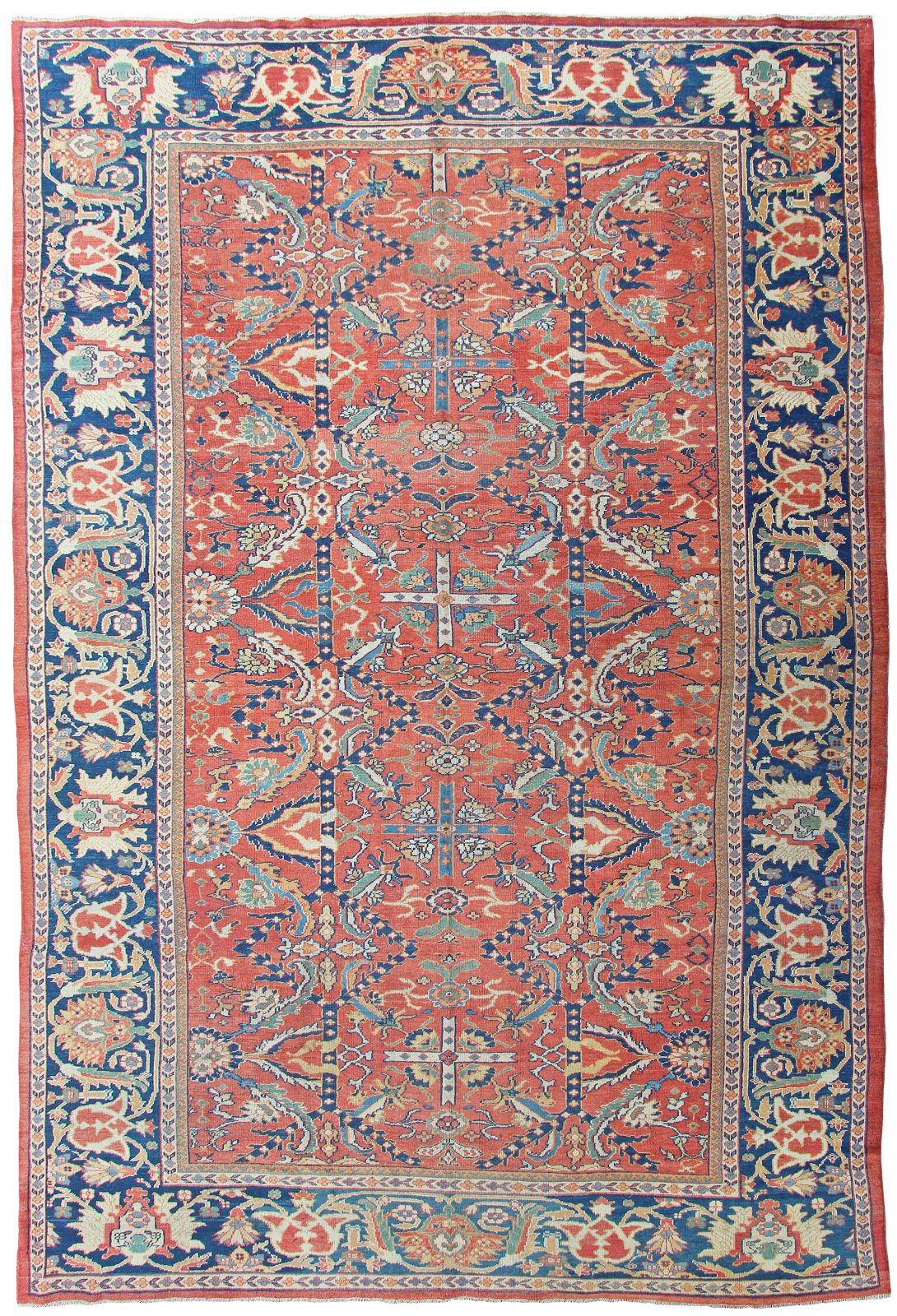 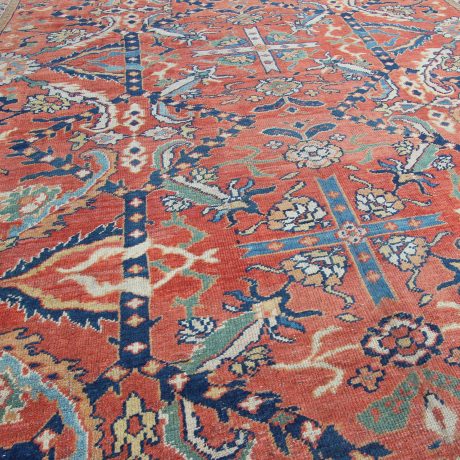 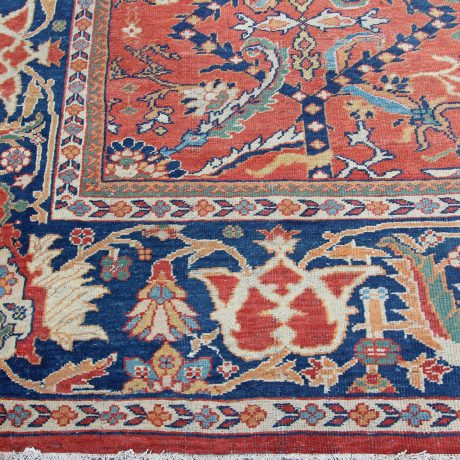 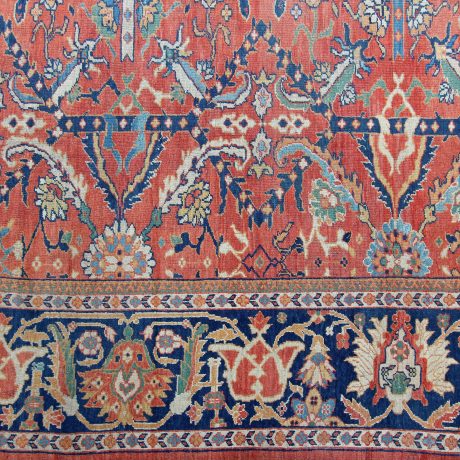 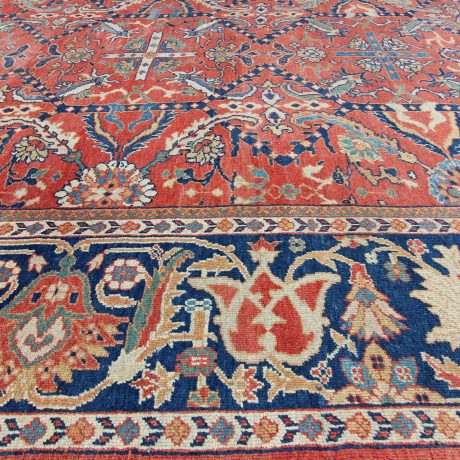 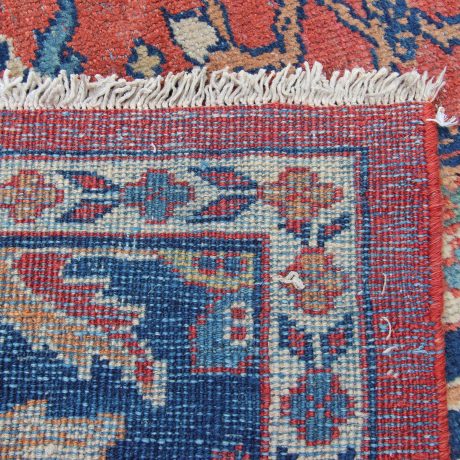 A stunning antique Ziegler Sultanabad carpet woven in Persia dating from 1880-1890.  The wool pile is in excellent condition with subtle saturated natural colours on this Ziegler Persian weaving. The classical all over design is beautifully drawn using an elegant combination of muted colours and floral palmettes and leaves entwined with this diamond almost lattice design.  The pale blues and the amount of soft greens are fantastic colours to furnish with, a lovely subtle palette on this antique carpet.