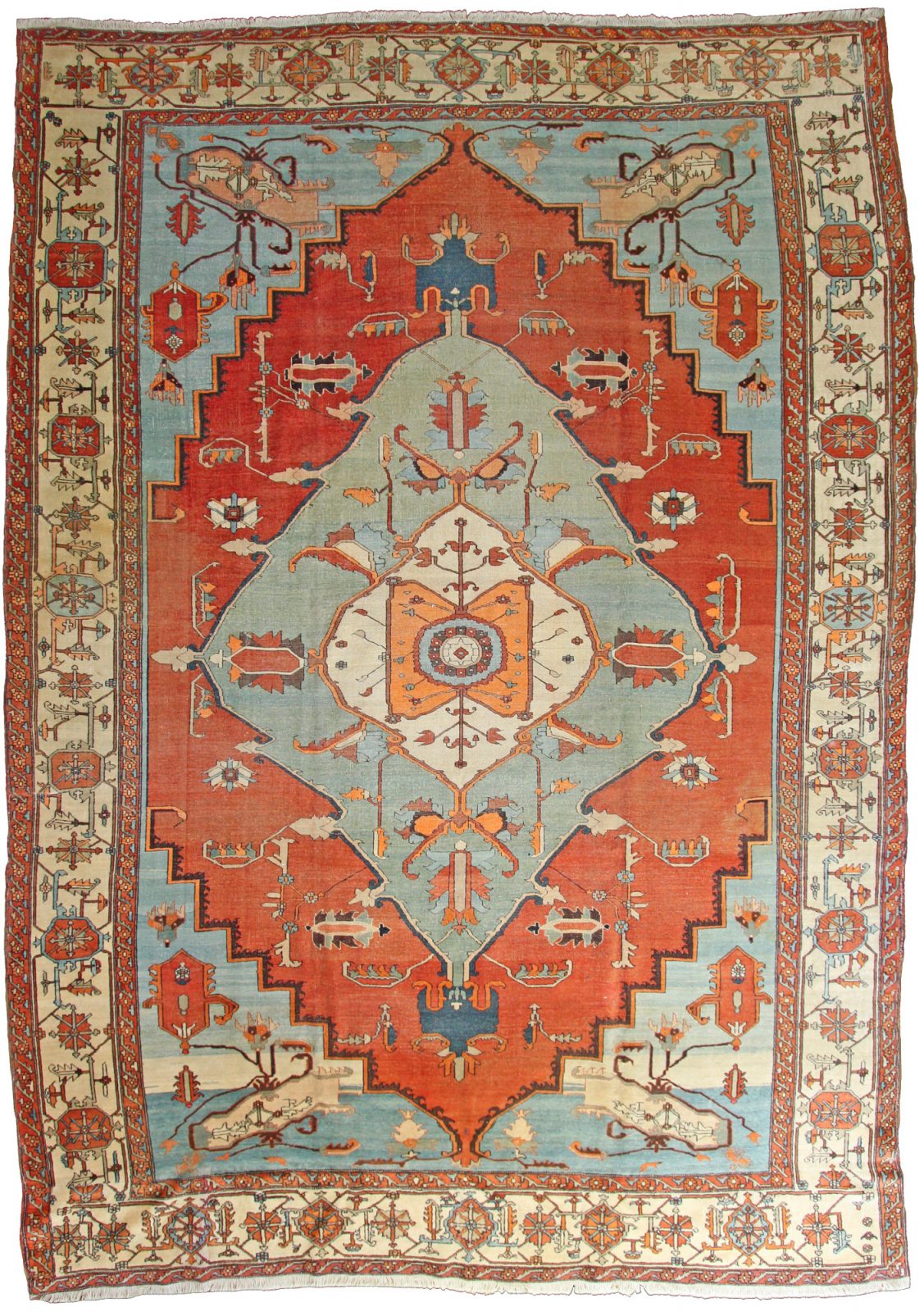 A late 19th Century Serapi with a beautiful pale blue dyes in the corner pieces. A very well drawn green medallion with a light ivory border. Would look fantastic under a dining table or in a drawing room.

They are famous among collectors because of their vivid vegetable dyes or soft earth tones that are woven on a geometric pattern.

In terms of design, drawing, and coloration as well, Serapi carpets are clearly part of one and the same tradition as Heriz, despite being a distinct antique rug style, which originated as a Northwest Persian adaptation of early Sarouk Farahan medallion, but with a more geometric, abstract, village sensibility.

On the whole, it appears that what we call Serapi carpets are simply the oldest, most well-designed, and finely woven Heriz carpets.

We offer the service of viewing any of our carpets & rugs in-situ in London, Surrey, Hampshire the UK & Europe by appointment.